From the Financial Times: (and you should buy a subscription)

Piracy is a problem as old as the music indust

ry itself. In Victorian times, it was illicitly copied sheet music that was the avowed enemy of the artist, and the operetta team Gilbert and Sullivan paid toughs to go round London pubs smashing up pianos with sledge hammers whenever they found bootlegged scores.

Anderson: So what have all your creative people come up with, then? What’s different in your basic technology versus 50 years ago?

Musk: I can’t tell you much. We have essentially no patents in SpaceX. Our primary long-term competition is in China—if we published patents, it would be farcical, because the Chinese would just use them as a recipe book. [Wired]

This is probably a smart idea, but it illustrates the advantages of a working patent system. The inventions and advances that Space-X develops are kept secret. Engineers and scientists around the world can’t look at what they did, think of alternatives or better processes, or license technology and add new innovations on top of it. Without a working patent system, innovators have to obscure what they discover and, as Musk does, say very little. This slows down the progress of science.

Many of the critics of the patent system have a peculiar idea that there is some powerful advantage to being the first to market for a new idea.  There is not. If Space-X gave its recipes away, Chinese and European companies would copy and cut into their market.  Maybe eventually US companies would do the same thing (or put flags on something made in China and mark it up). Anyone who thinks that Space-X could successfully sell rockets that were equivalent to or even not a lot better than those being sold by Lockheed has no idea how markets work. There is a nice sounding myth about how “agile” and “innovative” producers will by some magic be able to outcompete larger companies that copy their work and have far greater marketing, production, and distribution systems (and better political connections). That’s not how hardball works. 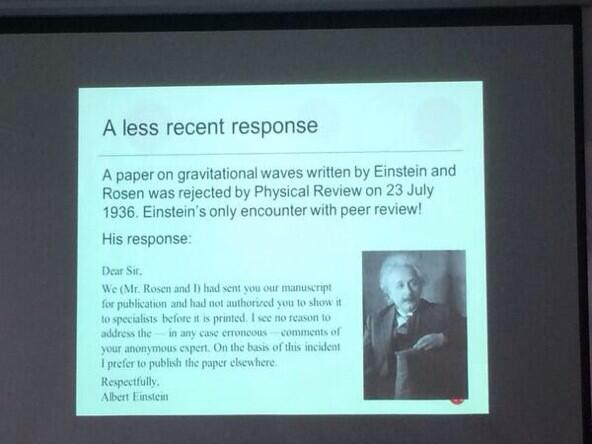 From Time. Although when I posted this on twitter, I got a good response.

@vyodaiken @vassalos the problem being that we all think that we are Einstein, where in reality we are the "erroneous" anonymous expert

Despite pedants, pointers are useful and interesting and if you don’t understand them, you don’t really get what’s going on in a computer. Think of memory as a function

Alternatively, that data could be scattered around memory in pairs of phone number and address of next phone number. Address and contents are just numbers. The memory may have contents

that is an address of other contents:

is a perfectly reasonable expression. Here we are using the contents at one address to “point to” contents at another address. If

is the address of the first such pair, the next pair is at

and the next after that is at

. To make this more comprehensible define

is the address of the

. It’s easy to screw this up (as the pedants note). If

is not the right address of the next element, following the chain could end up making a random tour of memory that would pull up who-knows-what as phone numbers.