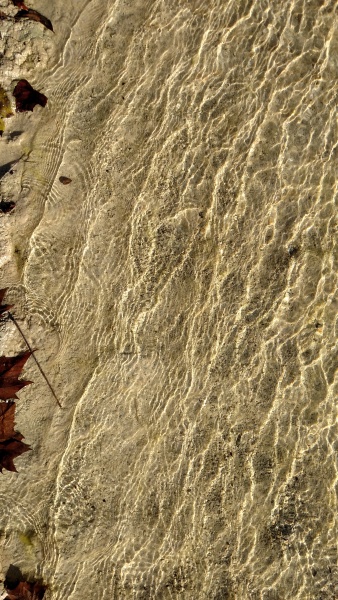 Wadler’s influential “monads” paper for Haskell. It seems like a classic case of making something simple sound profound and mysterious.

A problem FSMLabs detected with GPS on London LD4 datacenter has been fixed.

Dennis Ritchie and Albert Meyer on classification of recursive functions. I wish I could find a full copy of this.

The most successful functional language – Mathematica.

A critique of Haskell

Some real engineering: the gcc optimizers.

Categories as algebra: An essential ingredient in the theory of monoids (via @joelvanderwerf )

I’ve been looking at Paxos and Raft and Zab and other algorithms that can loosely be called “consensus” algorithms because we want to see where we can improve distributed system operation with precision time synchronization or where we can offer novel features because of precision timing. Google’s Spanner database is an interesting example in this area but there is also nice work in a number of other places.  One obvious question is how to account for the complexity of Paxos, which seems like it should be simple, but as several people have pointed out, is remarkably elusive and complex in practice.

The original Paxos paper is unreadable, but later versions tried, without success, to make it clear. I believe part of the problem is that  time and timeouts are fundamental to operation of distributed algorithms, but particularly in Paxos, there has been a laborious attempt to sweep these things under the table so it looks as much as possible like a purely “asynchronous” algorithm.

Suppose A and B can only communicate by sending/receiving messages over some communications medium that can lose or delay messages, but never corrupt them. A sends a message M to B and waits for a reply message R. B can fail. The original transmit might have failed. It may be that A can deduce B has failed or is unreachable if A sends K messages to B and has not received any reply by the time the Kth message has been transmitted.  But it’s more likely that A will use a combination of the count of messages sent and the time since a reply in order to conclude that B is dead or unreachable (at least for the moment). This obvious fact of life in distributed systems is something, for some reason, that academic researchers in distributed systems don’t like but it’s actually really interesting. The current time is data that is shared between nodes on a network with no communication delay as long as clocks are synchronized properly (a whole different topic).  Paxos, like any other consensus algorithm that can tolerate failures, has to rely on timeouts, but these have been marginalized and pushed into leader election and caveats about liveness in the Paxos papers. And that, I believe, accounts for a great deal of the obscurity of the presentations.

Curiously, when it comes time to build a working Paxos implementation, the necessity of time based algorithms becomes clear. The Google developers note:

In our implementation, all replicas implicitly grant a lease to the master of the previous Paxos instance and refuse to process Paxos messages from any other replica while the lease is held. The master maintains a shorter timeout for the lease than the replicas – this protects the system against clock drift. The master periodically submits a dummy “heartbeat” value to Paxos to refresh its lease

Or consider “Paxos Made Simple”

If enough of the system (proposer, acceptors, and communication network) is working properly, liveness can therefore be achieved by electing a single distinguished proposer. The famous result of Fischer, Lynch, and Patterson [1] implies that a reliable algorithm for electing a proposer must use either randomness or real time—for example, by using timeouts. However, safety is ensured regardless of the success or failure of the election.

Or the Raft method

• Leader election: Raft uses randomized timers to elect leaders. This adds only a small amount of mechanism to the heartbeats already required for any consensus algorithm, while resolving conflicts simply and rapidly

Which naturally brings up the question: if you are going to use time, e.g. as in Raft, and on top of that, select a single coordinator, why go to all the trouble of a generic, mostly asynchronous algorithm?

Another interesting question is the relationship of Paxos to the well-known (but not in distributed systems) Chang-Maxemchuk protocol (1983). CM is basically a reliable broadcast – designed to have a set of receiver sites commit messages from a single transmitter in order.  The reformation phase essentially solves the same problem Paxos is attempting to solve – forcing a consensus on a new list of receivers after some failure.

Any site that detects a failure or recovery initiates a reformation and is called an originator. It invites other sites in the broadcast group, the slaves, to form a new list. The reformation process can be described in terms of the activities of sites joining and committing a valid list. A valid list satisfies a set of specific requirements, as explained below. When the reformation starts, a site is invited to join a new list and eventually commits to a valid list. When all of the sites in a valid list are committed to this list, the list will be authorized with a token and the reformation terminates. This list becomes the new token list. Multiple originators can exist if more than one site discovers the failure or recovery. During the reformation, it is possible that acknowledged messages from the old token list have been missed by all sites that join a new list.

To guarantee that there is only one new list and that this list has all of the committed messages, the list must be tested before it can be considered a valid list. Specifically, a list becomes valid if it passes the majority test, the sequence test, and the resiliency test.

Sequence Test. The sequence test requires that a site only join a list with a higher version number than the list it previously belonged to. The version number of a token list is in the form of (version #, site number). Each site has a unique site number. When a new list is formed, the originator chooses the new version # to be the version # of the last list it has joined plus one. Therefore, token lists have unique version numbers.